Approximately three months ago the Utah Association of Community Services issued an urgent issue brief regarding the staffing crisis facing individuals with intellectual and developmental disabilities in Utah. Since that time the urgency and impact of this crisis have become increasingly acute. Turnover and vacancy rates are increasing exponentially among the direct support workforce upon which people with disabilities rely to engage in life and to remain safe in the community. Increasingly people are going without necessary services, and safety is becoming a significant concern. State Executive and Legislative branch action is critically and immediately needed to address this crisis.

From the first quarter of the calendar year to the second quarter, seasonally adjusted turnover increased from 80% to 92% annualized in just three months. Actual unadjusted turnover increased to 105% annualized. In practical terms these numbers mean that organizations are set to lose and will need to replace nearly as many direct support staff as they employ through the course of the year. Currently nearly one in every five direct support positions is vacant (over 1000 positions across the 20 organizations surveyed), a 21% change for the worse in this same three-month period. Few businesses would operate like this. The instability in the lives of people with disabilities is disturbing.

The urgency of the staffing crisis is not being overstated. The almost daily reports regarding increasing wages and benefits in industries competing for frontline staff are impossible to miss. Restaurants and businesses like Walmart, Amazon, and Intermountain Healthcare are repeatedly increasing wages and enhancing benefits. Simultaneously, costs of goods and services are increasing to raise revenue to pay for these changes. Despite these efforts, labor experts report that there are far more jobs than people interested in filling them, especially among lower-paying positions. This is obvious in businesses increasingly limiting days and hours of operations, reducing services, delaying work, etc. due to their inability to find staff, despite these businesses now paying wages and/or offering benefits way beyond what providers serving people with disabilities can possibly provide. 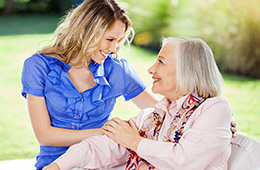